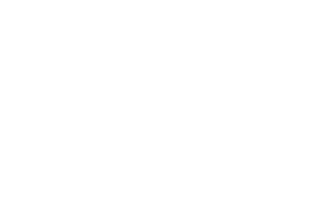 J Sanders & Son was started by Jim and Margaret Sanders on the 27th June 1959. Jim left working in the Dockyard in Plymouth after growing tired with life in the city and moved his family of four, with daughters Angela, born 1955, and Irene, born 1958, to Newlands Cottage near Brentor which was owned at the time by Sidney Bickell. The cottage, then, had no mains water or indoor toilet. Initially, the rent was paid by Jim working on the Bickell family farm however, he realised this was not enough. He started dropping flyers, or bills as they were known at the time, through letterboxes of local people and collecting any scrap metal, feathers and rags they had the next day. These would be weighed by a handheld scale then sold to the rag and metal merchants in Plymouth. After doing this for 12 months, he realised that a better price could be achieved by storing the products in a sheep shed and selling them in larger quantities.

In the mid-1960s, Jim and Margaret along with his younger brother Richard travelled to London to purchase their first scrap metal baler which had been used to bale ammunition cartridges and boxes after the war. This then led on to him purchasing scrap cars which would be cut and baled for delivery to the Welsh steel mills. Gradually this took up more and more of Sidney’s field which forms a large part of the scrap yard today. Jim’s younger brother Richard stayed with the family until he married Susan in 1972. The Sanders family of four became five in 1966 with the addition of a son, Henry.

In the 1970s the company, just known as J Sanders, saw a large period of growth with five full time members of staff and two lorries delivering and collecting scrap metal from the local area. This included farms and engineering companies and ran seven days a week.  A family member of the original team still works with us to this day. At this stage, the scrap cars were being broken for spares, although the business could not be contacted directly as no phone line had ever been installed. This meant that daily trips were made to Brentor post office for calls to be made on their behalf. This posed a major disruption to the business, so a phone line was finally installed to the cottage meaning Margaret spent most of her day running up and down with questions. A new shed was finally built at the end of the 1970s with a phone line connected so Margaret could put away her running wellies. In the late 1970s, Sidney Bickell sadly passed away and Jim and Maragret managed to buy the yard and cottage from Sidney’s son, Brian.

Planning permission in those days was not such an issue as it is today, however it only lasted for twelve months at a time therefore after five years, Jim grew fed up and asked if he could extend this for five to ten years instead as he thought by this time he might actually stay, the rest is history.

In the early 1980s, Henry left school and the J Sanders & Son name was formed. The first skip lorry was purchased in the mid-1980s to collect waste as well as scrap metal when Jim and Henry realised that the business needed to expand to sustain the increased cost of life. However, after a few years, enough business was built up with the skip lorry that it was not necessary to carry on with the waste. In addition to this, an aluminium smelter was installed which was carried out on site for several years however this ceased in the early 2000s.

Henry married his wife, and now business partner, Michele in 1998. The couple have three daughters, Melanie, Phoebe and Jenny. Sadly, Jim Sanders passed away in September 2006, leaving the day to day business to be run by Henry. Margret carried on in a smaller role, ensuring the staff had tea/ coffee, keeping the rest areas tidy and caring for the grandchildren and great-grandchildren when needed. At the age of 84, she retired this year from her duties. Jim and Margaret’s eldest daughter Angela went on to work at a local solicitors and married Bert Vowden in 1974, welcoming three children into the family. Middle daughter Irene went on to work for a local accountancy firm and married Steve Leavey in 1978, welcoming two children into the family.

Today, J Sanders & Son operates from the same site, although now six acres of concrete, new buildings, 50 tonne weighbridge, office block, ten members of staff and an indoor toilet (thankfully!). The family legacy remains with Phoebe helping in the Scrap yard. The business has continued to expand with the opening of Newlands Garage in 2011 and Newlands Garage Van Hire in 2018 with youngest daughter Jenny taking on an office role. Oldest daughter Melanie and Michele are teaming up to take over Donella’s café in Paddons Row which is due to reopen in mid-July, look out for the new name! The family has also recently expanded with the birth of grandson Fraser in April 2019.

We would like to thank all our customers, staff and family for their continued support over the last sixty years and look forward to the next sixty!